Stories To Live Up To 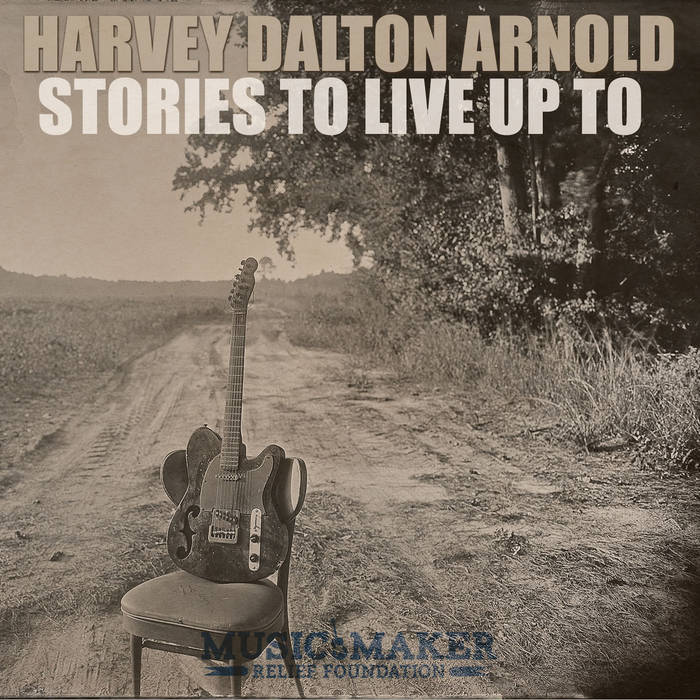 “Standing up or laying down, I won’t be here when the sun goes down,” says the 65 year old Southern Rock legend Harvey Dalton Arnold on ‘When the Sun Goes Down’ from his new release Stories to Live Up To out February 28th via Music Maker Recordings.

For the guitar cowboy who quit high school and left his home in rural Eastern North Carolina to hit the road playing rock and roll at 17, Stories to Live Up To is a retrospective album, examining the emotions and choices that have defined Arnold’s life. His decision to hit the road eventually led him to become the bassist and vocalist for the Southern Rock band the Outlaws during the peak of their fame. Arnold’s tenure with the Outlaws came at the peak of an American art form that spoke to a generation.

On his new record, his second released by Music Maker, Harvey doesn’t just look back, he wails through the everyday experiences that make an opera out of every man’s life - the perils and the joy of love, cheating, loss and longing. Accompanying Arnold in the studio is a crew of musicians with a righteous set of their own rock and roll bonafides.

Bandcamp Daily  your guide to the world of Bandcamp